Luisa Ribeiro: Changing the Face of the Brazilian Startup Scene

Brazil’s economy is the fifth largest in the world, yet it is still primarily based on commodities and agricultural exports. But Luisa Ribeiro (31), a Rio de Janeiro native, is vowing to change that as a female entrepreneur in the nascent tech startup scene.

Luisa founded Gema Ventures; a B2B focussed startup accelerator, based in Sao Paulo. This is her second venture, after founding Papaya in 2012 – one of the first accelerators in the country focused on mobile startups.  Today, Luisa is the only female leading an accelerator that has been selected by Startup Brasil (the state-sponsored acceleration program), to receive government funding and join their prestigious program.

What sets her apart?

Luisa has an international outlook gained from her time studying for her MBA at INSEAD in France and working for the OECD (Organisation for Security and Co-Operation in Europe). Specifically, her diverse background in policy has given her a fresh outlook and broader vision into an emerging industry with the need for just that.

Coupled with massive amounts of tenacity and perseverance, Luisa gained success in a notoriously difficult field by starting two of the most innovative accelerators by herself. Not a bad feat for a woman barely in her thirties!

So, let´s find out more about this World Economic Forum ‘Young Global Leader!’

Luisa, you came from the OECD a more bureaucratic environment. What made you get into the startup world?

I just got the bug! The experience at the OECD was great, and I had the chance to work with public policy for innovation in Latin America, which was relevant for my current role. But I knew I wanted to be involved more deeply with entrepreneurship.  I just needed to take that first step.

What made you jump head first into this adventure in this huge country, Brazil?

Brazil is undoubtedly a country with great challenges, but it also has so many opportunities that are there to be explored. Also, let´s not forget, it is a market with over 200 million inhabitants. And, of course, it is where I was born, my home. I know the people´s habits and behaviors and have a good network of contacts that helped me get started.

What were some of the main challenges you have faced in setting up the different acceleration programs?

It’s a lot of work, and you have limited resources. You end up doing a bit of everything, and you are having to learn things you have no idea about before doing them for the first time. I confess that today I have a much greater knowledge of corporate law simply because I needed to learn and also pass that knowledge on to my startups. In particular, raising funding is not easy in a market like Brazil (and in its current economic situation especially). The risks are high, higher than elsewhere – as are the rewards. And you need to ensure that the targets of your investors are 100% aligned with your project’s vision in order for you to succeed.

It sounds like Brazil is a rewarding yet tough environment to work in. How did you overcome the challenges you were facing?

Patience. Finding the right people to help you out and to give you advice.

What you did is pretty courageous? What enabled you to be successful?

People! You cannot have an impact alone. I was fortunate enough to have the support of competent and super nice people who bought my crazy ideas. They include mentors who gave their valuable time to this cause, partners, large technology companies that bet on us to do something different and valuable. And most importantly entrepreneurs who trusted us to help them build their dreams.

Do you have Role Models that inspired you to get into technology?

A friend of mine, Joana Picq – a fellow female entrepreneur – has certainly influenced me to get into the tech/startup world. She had started an online marketplace and thought I would make a good CEO and invited me to join. I knew nothing about this world.

How do you see the startup scene change in Brazil in general and also in particular with regards to gender representation?

It will be a long process. We do not want to turn into Silicon Valley overnight. And maybe we’ll never be able to create something similar here because we are essentially different. But, we are moving to solidify our ecosystem with more qualified investors, with more lawyers specializing in this area and our entrepreneurs are getting better prepared and more importantly, the government is also removing some barriers.

I had the chance to work on my last accelerator, Papaya, with three women CEOs among eight startups. Intelligent women – determined, comprehensive, great leaders. That almost 50% of my intake was female is probably not representative of the national average but hopefully we can get there soon.

I see a lot of action on the part of these companies increase the number of women leaders by putting in place flexible working hours, prolonged maternity leave and the like. I think all these initiatives are going to be key to continue to foster female leadership in Brazil.Luisa Ribeiro

Brazil is a country that has a lot of women in leadership roles despite outwardly having somewhat of a “macho” culture. What are the efforts/enablers being put in place for women? Anything in particular?

Anything in particular? You are right; we do have a rather a macho culture in this country, but at the end of the day it is the woman who rules at home. In many homes, especially in the less affluent ones, the contribution of the woman’s work towards the  family´s income is crucial. Also, Brazil ranks high with the number of women entrepreneurs in the world which is great! However, in executive positions at large companies, the reality is not the same. I see a lot of action on the part of these companies increase the number of women leaders by putting in place flexible working hours, prolonged maternity leave and the like. I think all these initiatives are going to be key to continue to foster female leadership in Brazil.

In order to enable more women in Latin America to be successful and break the mold in technology, what do you consider as key resources that need to be put into place?

Examples of successful women and role models certainly help to inspire. You need to see that there is a possibility. But I think it is a process that needs to start early, and these barriers must be broken in childhood. Why should girls play with dolls and makeup and boys with building blocks and cars?

Now a somewhat personal question, but how do you as a female in your early 30’s think about success and how to balance that with having a family?

It’s tough; I’m not going to lie. It is a phase when you are at the peak of your professional life, and you think you have the power to conquer the world. But at the same time you end up getting married, you have kids and build a family. There is an ongoing internal conflict.

I think there is no secret recipe (if anyone has one, please share!). But everyone has to understand their priorities and define what makes sense for themselves and their chosen lifestyle. I think it is important to not compare yourself to others and do not judge those that choose to live a less traditional way.  And make sure that every once in a while you stop, listen and reprioritize.

To find out more about Luisa, connect with her on Linked In. 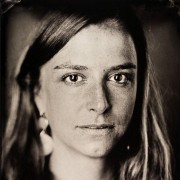 Passion for technology, innovation and break-through ideas is what drives me. I am constantly on the look out for the next big thing and what is behind it. Having lived in Brazil for the last 3 years has given me a deep insight into emerging markets and their eco-system and its countless opportunities.