What Can We Learn From the United #StateofWomen?

It takes a village to open minds, shift a community and build a gathering that is powerful, inspiring and authentic. While I believe an individual can use their talents to change the world, success is best experienced with others—a village.

It Takes a Village …

As I race to the DC Airport praying I make my flight home from The United State of Women Summit, I think how the African Proverb used to describe raising children, also applies to changing the ratio.

Convened by President Barack Obama, The White House #StateofWomen Summit gathered the nation’s diversity catalysts to discuss Gender Equity, STEM, Entrepreneurship, Innovation, Civic Engagement, Economic Empowerment, and Violence Against Women. Overall, it addressed the importance and benefits of inclusion and the need to raise the voices of women and girls to a national and global conversation.

It takes a village to open minds, shift a community, and build a gathering that is powerful, inspiring and authentic. While I believe an individual can use their talents to change the world, success is best experienced with others— a village.

Here’s how this group inspired me:

On July 14, The White House convened a village of like-minded thinkers, top leaders and catalysts from around the country to rally support and share data on the status of women and girls. The United State of Women Summit is the first event of its kind focused on gender equality and how actions taken today can “change tomorrow.”

Why do their voices matter? As the highest ranking politicians, community influencers, and financial gatekeepers, they amplify the village’s voice. Their public pledge that women and girls deserve an equal voice @TheTable provides the much-needed leverage for “a future where women lead 1/2 our businesses, make up 1/2 our Congress … perform on any stage, and science the heck out of any challenge,” President Obama said.

So what did the influencers of this village discuss?

Of critical note during the Summit was the overarching theme that diverse #RoleModels matter. In her opening remarks, Valerie Jarrett, Senior Advisor to POTUS and Chair of White House Council on Women & Girls emphasized the need for role models “including the role models you don’t see.”

President Obama also urged a need for more visible role models. “We need all our young people to know that Clara Barton, Lucretia Mott, Sojourner Truth, Eleanor Roosevelt, Dorothy Height – they aren’t just for Women’s History Month, they are the authors of our History, women who shaped our destiny.”

These words especially resonated when POTUS was introduced by 11-year old entrepreneur Mikaila Ulmer, Founder Me & The Bees who just signed a multi-million dollar contract with Whole Foods.

But how do we make role models more visible? Gloria Steinem discussed the role of the media to help shift the balance. “Our brains are organized on narrative… and the media is the current campfire. And as long as some people are not allowed to tell their stories in this circle, they will not be visible.”

Finally, Oprah Winfrey and First Lady Michelle Obama addressed the men at the Summit, explaining men are important role models and drivers of change. “What can men do?” Winfrey asked. “Be better!” the First Lady said. “Be better fathers. Be engaged. Be a better employer—when you are seated at a table of power, and you just see you and a bunch of men—just be better.”

Along with a powerful narrative, this village blazed a new trail with their words. Here are a few of my favorite quotes from the day:

“Pass the mic! Do not take up that space. Let them speak for themselves.” -Amani Al-Khatahtbeh, Founder MuslimGirl.net

“Entrepreneurs hold the American dream and the biggest dreamers are kids! We dream big, we dream about things that don’t even exist yet, and we believe in our dreams!” -Mikaila Ulmer, Founder Me & The Bees

For me, The United State of Women Summit also provided a chance to connect and thank friends who have ‘passed the mic’ over the years. Individuals like Donald James, Associate Administrator for Education NASA HQ, Maria Teresa Kumar President Voto Latino & Emmy-nominated contributor with MSNBC, and Nicole Patrice whose energy is matched by her generosity to connect community as she’s done at Founders Fund, Summit Series and now her new startup HighOrbit.

Others include Ingrid Vanderbilt, Founder EB2020, Josie Lehrer, Sr. Gender Advisor USAID & Founder Men’s Story Project, Aisha Bowe, Founder STEMBoard and Alexis Jones, creator of #ProtectHer and I Am That Girl who’s beauty of speech and action shows in everything she does. Trendsetters, these individuals show up and challenge the status quo to ensure equal opportunity.

To build the community (and future) we want to see takes a village that supports our dreams, and one we support in turn. As I (barely) made my flight DCA to ATL, I was grateful for ‘my village’ which involves a devoted husband and wonderful sisters who rearranged their schedules to watch over my son. It also includes a community of do’ers who supported my journey to The White House Summit including: Eloisa Klementich, President of InvestAtlanta, John Wilson, Founder of Blue Sky Works, Grace Fricks CEO of Access to Capital for Entrepreneurs, and Kate Atwood, President of ChooseATL.

We hope you learned something new about The United State of Women. We want to hear from you! 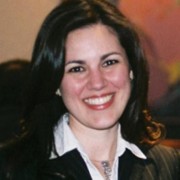 Susan is the Founder and CEO of Women@TheFrontier (W@F). Also a Founding Member of Singularity University (SU) and described by Peter Diamandis and Ray Kurzweil as the Heart & Soul of SU. An anthropologist and lawyer, prior to SU and W@F Susan helped negotiate a multinational Trade Agreement between The United States, Dominican Republic, and Central American called DR-CAFTA. Raised in Honduras, Susan is passionate about identifying and connecting today’s female disruptors!